Guest speakers have been invited and activities have been planned to educate middle-schoolers on internet safety and cyberbullying.

The Junior Scouts are proud to invite the community to this event as it marks the final step in completing their Bronze Award project.

Why Cyberbullying is Different

Believe it or not, 87% of young people have seen cyberbullying when online. Troop Leader, Debbie Allen, said this is a “don’t miss” event. She said: “The world we live is getting more and more complicated. Advances in technology are often difficult for adults to keep up with, which increases the vulnerability of our children. Additionally, the high rates of social media and internet usage by young people has decreased the awareness of the impact of words and actions.”

The girls also feel it is important to inspire self-advocacy in young people, especially those crossing into adolescence. “They want to empower young people in this precarious time and to show them that increased knowledge breeds a better culture and a brighter future,” Allen said. 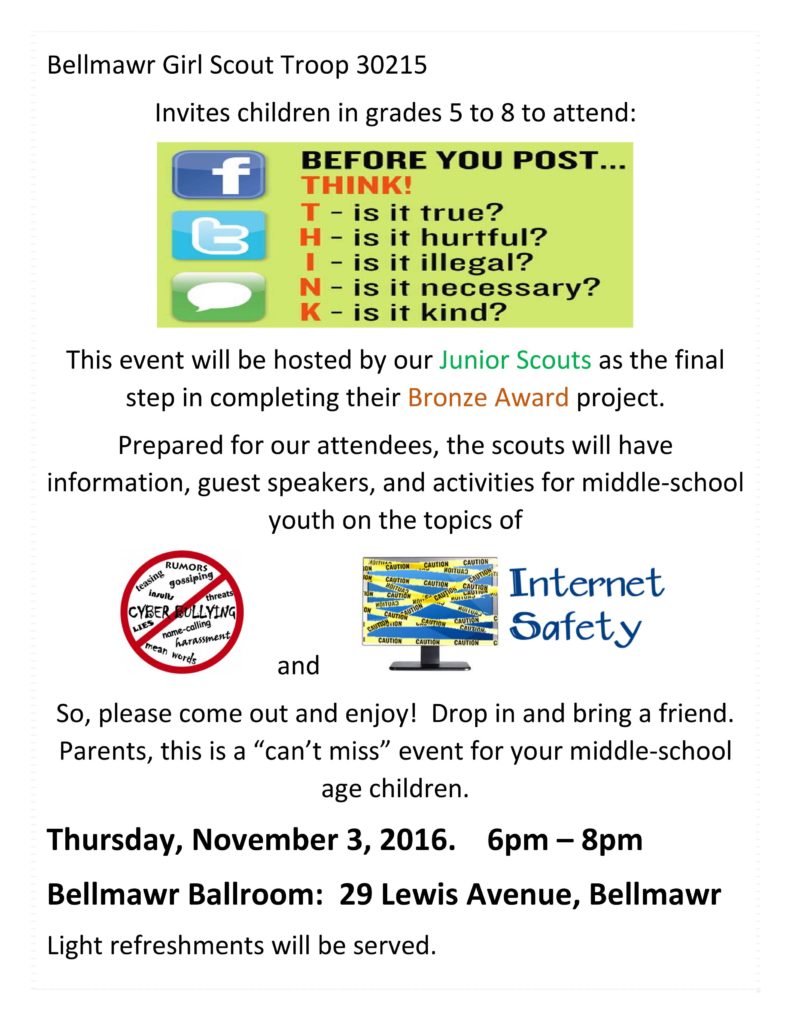