The Borough of Bellmawr has received a score of 84% on its Best Practices Inventory.

According to the New Jersey Department of Consumer Affairs: “The inventory encourages municipalities to embrace practices that promote financial accountability, sound management and transparency.” The inventory contains 30 questions and Municipalities must receive positive credit on a minimum of 22 questions in order to avoid withholding of aid.

Councilman Ray Bider stated at Council’s October 26, 2017 meeting: “All of our State funding and State aid will be coming in at 100%. We’re very fortunate there.”

The Best Practice Inventory was submitted on October 19 and Bider said: “There were four findings that were corrected and certified by Chief Administrative Officer, Josh Tregear, and Chief Financial Officer, Maria Fasulo.” 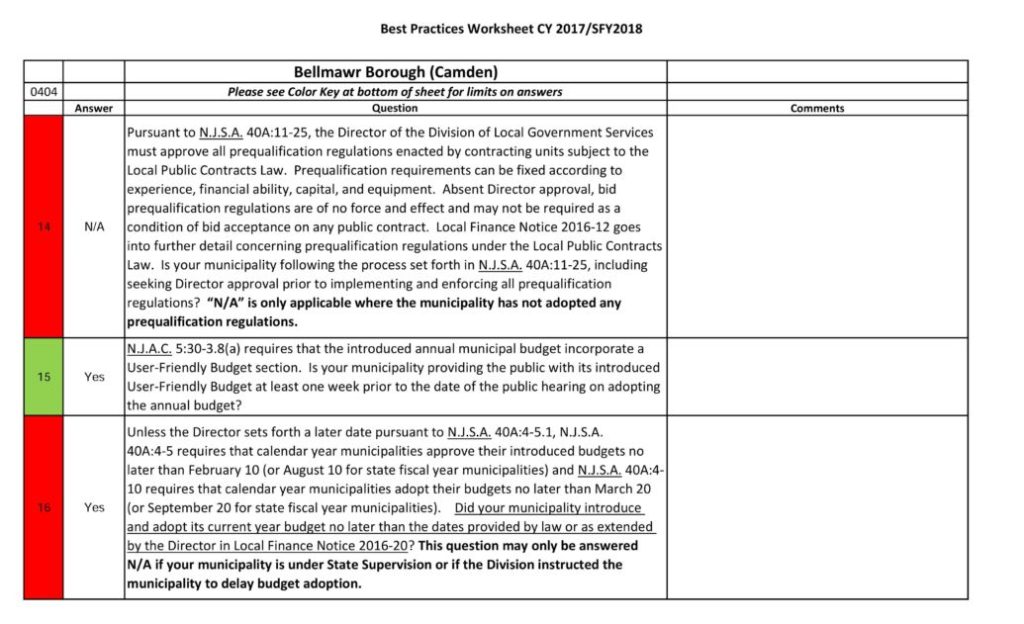 Continuing with his Committee report, Bider congratulated Keith Williams, who was promoted to Sergeant, Harry Sturgis who was hired as Class II Special Officer, and Sgt. Mike Ryan who recently retired. 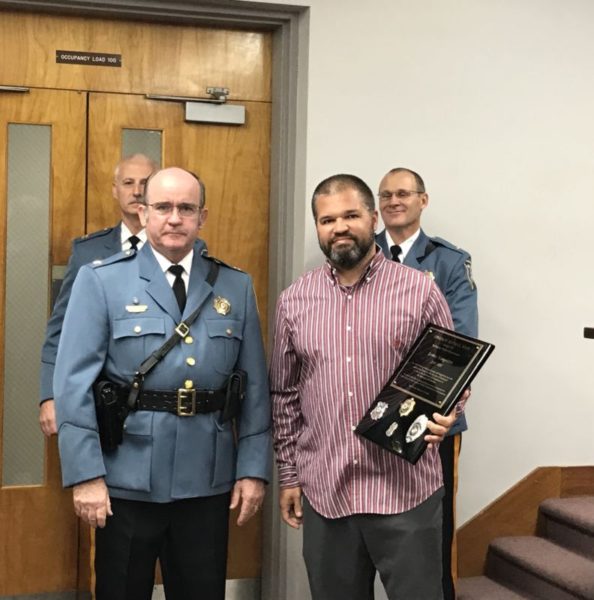 Bider also congratulated Frani Wright, who has been appointed as acting Borough Clerk. “We look forward to working with you,” Bider said.

Bider also said that a “flag mailbox” is now located at Borough Hall. Once it becomes at least halfway full, the VFWs and the Boy Scouts will take the flags for a ceremony to properly burn them. The Boy Scouts will receive badges for it, he said.

Councilman Casey said that because of a shared services agreement with Audubon Park, Borough workers were doing a “great job”  redoing a building, constructing a ramp, and painting there.

Councilman D’Angelo congratulated Wright and the police officers. He stated that the Harvest Festival was successful and spoke about Trunk or Treat, which took place on October 27.

Councilman Sauter congratulated Wright and said he looks forward to working with her. “I’m sure you’re going to do a fantastic job, as you always have.”

Sauter also congratulated Sgt. Keith Williams on his promotion and said: “It is well deserved. He’s been a member of our department for quite some time and deserves his new position.”

Sauter offered his “best to Harry Sturgis and to Mike Ryan on his well-deserved retirement.”

Under Public Works, the Kingston Avenue reconstruction was completed on October 13. There were 643 man hours exhausted on that project, Sauter said.

The water tower project is moving along. Materials were delivered for the new tower on October 16.

Sauter said that one of the contractor’s workers was injured on the job, sent to the hospital, but was back on the job the following day.

Sauter also spoke about a problem with the turnpike pumping station and thanked water department supervisor, George Reinnles, for his diligence. As per Resolution #10-232-17, Council authorized $45,000 for an emergency repair.

Leaf collection dates are noted on the Borough calendar. “Look for postings on poles with pick-up dates. Please be mindful of the drainage and do not put your leaves in the street,” Sauter stated.

Because of leaf season, the reconstruction of Leaf Avenue will be moved to early spring, he said.

Regarding the recent armed robbery that had taken place at a laundromat on the west side of town, Hagerty congratulated “the officers, the whole department and surrounding departments in Camden County for getting that resolved pretty quickly.”

Hagerty said that Chief Jim Burleigh did a “great job with fire prevention. They stopped at all the local schools, even Larc School and taught the youngsters about fire safety. A few guys took off from work and helped with that.”

Regarding the Resolution approving C.J. Ruff as a full-time EMS employee, Hagerty said: “C.J. is also a volunteer fireman and has been with the department as a part-timer. We welcome him.”

Hagerty stated that Bellmawr resident, Jim Leary, recently passed away and was a major part of the Purple Eagles for 20 years. Leary was to be honored at a home game with a moment of silence and the flag lowered at half-staff, Hagerty said.

Mayor Filipek stated that the Veterans Memorial is something to be proud of.

The Mayor congratulated Wright and said: “I know you’ll do a good job.”

Everything in town is running smoothly, he said.

During the public portion, a resident spoke about the recent paving work on Kingston Avenue and stated that the Fall Fest was really nice this year.

All business on Council’s agenda was approved. Councilman Steve Sauter abstained from bills relating to pest control. Councilman Paul Sandrock was absent from the meeting. 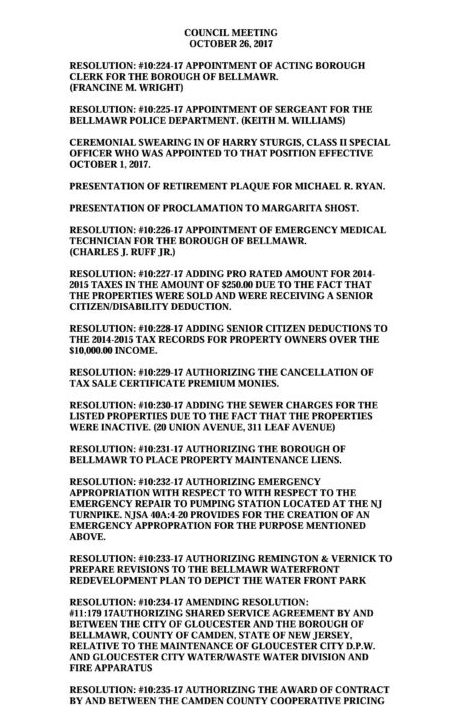 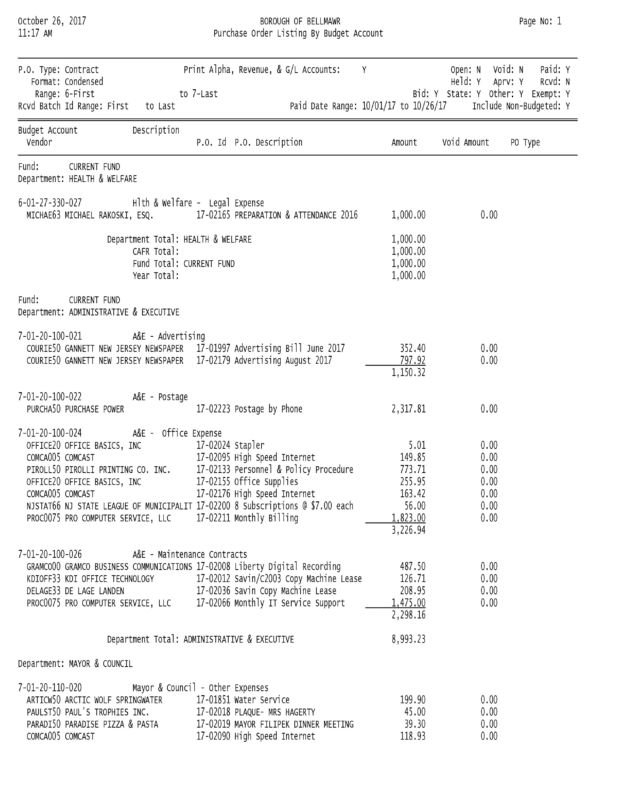